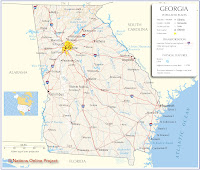 I had the good fortune to attend a session on The Who, What, Where and When of Georgia’s Restrictive Covenant Law O.C.G.A 13-8-50 et seq., conducted by attorneys Erika Birg and Bob Stevens of Seyfarth Shaw’s Atlanta office. (And you thought my title was unsexy???) They were covering the constitutional amendment that the voters of Georgia passed in the November election (and they were serving cocktails and hors d’oeuvres). What the voters did was make it easier for businesses to enforce non-competes, non-solicitation and non-disclosure agreements. Up until this point most of these agreements were unenforceable in the State of Georgia because the way common law had defined how these agreements were dealt with.

Let me explain a bit more. Up until this point most restrictive covenants in an employment situation were unenforceable because most were written too broadly, in the opinion of most of the courts. And because the law in Georgia did not allow judges to alter or “blue pencil” agreements this meant that if the judge in a case decided that one portion of the agreement was too restrictive on the employee, because of a too broad definition of competition, contact, geography or time, then the judge was compeled to nullify the entire agreement. Thus employees were able to go scot free taking trade secrets, customer lists, or relationships and were able to go to work for a competitor with no reprecussions. As you can imagine business were not too happy with this and it was determined that many businesses were not opting to move to Georgia because of the potential losses they might suffer.

Well the voters changed that! The new constitutional amendment has given judges the opportunity to edit or alter (blue pencil) an agreement. No more nullifying an entire agreement. Thus, though something may be found to broader than a judge likes, they may now alter the agreement to be more “reasonable” leaving the majority of the restrictive covenant in force. The employer still has to be careful in crafting these agreements as statements of geography, scope, competitors, etc. still have to be seen as reasonable. For one thing “reasonable” may prevent litigation from the very start.

Ms. Birg and Mr. Stevens stated that the law is not retro active to previous agreements. They suggested if you are unsure or unhappy with your agreements you may want to have your attorneys draft new ones, but if you have one now that is well crafted a change may be uncessessary. Ms. Birg did suggest however, that she thinks it is a good idea to just build a system of annual agreements to allow them to be altered for changing circumstances, such as new territories, new customers, new competitors or new jobs. She said to sell the agreements by saying that the company is attempting to protect what the employee is helping to build.

As a closing note there are some challenges to the new law, which they feel will not be upheld. But they are suggesting that no NEW agreements be drawn up until after 1/1/2011.

And the final point was, while non-competes and non-solicitation agreements have limited applicability to certain classes of employees, they think that ALL EMPLOYEES should be required to sign a non-disclosure.

If you have any legal questions about this contact your attorney or the offices of Seyfarth Shaw here.