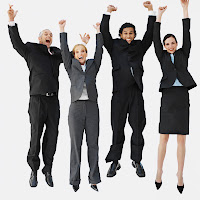 Last week was one of a couple of “victories” of sort for HR. At least in my opinion. The first of these is that the Paycheck Fairness Act was rejected by the Senate. Needing a vote count of 60 or more the bill was rejected when the 58-41 vote did not produce the needed 60 votes. It was mostly along party lines, with the exception of one Democrat voting against the bill. According to the Seyfarth Shaw alert on the matter,

“Three women Republican Senators whose votes were closely watched (Susan Collins and Olympia Snowe of Maine and Kay Bailey Hutchinson of Texas), all of whom voted in favor of the Lily Ledbetter Fair Pay Act, voted against the Paycheck Fairness Act, citing the proposed law’s potential for increased litigation and negative impacts on small business, job creation and confidentiality of compensation information.”

It is now unlikely, given the shift of power in Congress next year, that the legislation will ever be passed. In my opinion this is a good thing. I thought it was unnecessary legislation that had a punitive intent rather one of correction. The Equal Pay Act and the changing market are already making things different. The USDOL and the White House both vowed to continue the administration’s effort to enforce equal pay. Watch for even greater enforcement, punitive measures and rules changes to substitute for the loss of the legislation.

The other small victory for HR, but HUGE for Delta, was the rejection of union representation by Delta employees. In a year where the deck was supposed to be stacked in the favor of unions they have been twice unsuccessful at Delta. There are yet two votes to go, so we can keep our fingers crossed that those attempts will end up the same way. It is looking like unions may only be successful this year because of Executive Orders that dicate federal contractors must welcome unions with open arms or because management is too stoned to realize what is going one. (See What Do Marijuana, the Teamsters and $54,000 Have In Common? )