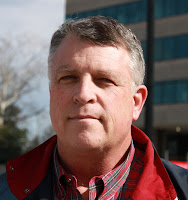 We all have had defining moments in our lives, some positive, some not so positive. My behavioral psychology background leads me to say we are the sum total of our experience. However, I also believe in the Gestalt psychology statement of “The whole is greater than the sum of the parts”. Trish McFarlane, blogger, HR professional, speaker, thought-leader and overall extraordinary person, is hosting the HR Carnival on the 24th (so check back then). She asked all the contributors to tell about a defining moment, a game changing event in their lives. So here is my story.

I have had several, that is one of the problems with being “older.” There was the time I turned down the role of Indiana Jones opting to let Harrison Ford take the job. Then there was the time I missed the plane to Oslo and was unable to collect my Nobel prize, because I thought I was supposed to go to Geneva. Hey, all those European countries look the same… But I digress…

In reality, I have had two such moments that deal with HR. One was when I opted out of a Ph.D. program in psychology resulting in me going to work for a recruiting agency. I talked a bit about that in the past in Vroom Expectancy Theory: Should I Chuck My Career? so I will not spend any time on it. The other game changing event dealt with me becoming a consultant.

Like many of you I was a practicing HR manager. I was working for a rapidly growing software company. We tripled our size to over 1000 employees in just one year. I lived in a suburban neighborhood and belonged to the local tennis team. As I would sit up at the tennis matches I would have discussions with my team members who all ran businesses or managed. When they found out I was in HR they would ask me questions about how they should deal with employee issues, either because they had no HR pro in their company or they didn’t trust them. One of them one day suggested that I could start a business consulting with business owners. I told him I was happy doing my current job. It was a fun “rocketship ride.”

Unfortunately, a short time later my “rocketship” blew up. The company lost money and started shedding people right and left. Due to political issues I soon found myself being replaced by a friend of the company president, a friend who was an out of work pilot. Not exactly a great set of qualifications to be in HR, but it turns out that was the view of the importance of HR that the management team held.

By this time I had already become a critic of inept corporate human resources departments. And now suddenly I was given an opportunity. While all my compatriots went scrambling for jobs I reflected on the advice my tennis partner had given me and I said “Ok, here is my opportunity to help companies to good HR.” I made some of my neighbors my first clients, joined the local Chamber of Commerce and picked up more. That was 20 years ago.

There was a time about 12 years ago that I got interested in getting back into a company role. A recruiter had called me looking for referrals for a VP job opening. It sounded intriguing so I told her I might be interested myself. But after a few questions she told me I was not a good candidate because I was “too old and too independent.” (I was all of about 46 or so at the time, so I didn’t think I was too old, but I was definately independent.) So as a result I am still a consultant. It has had its ups and downs, as do all jobs, but I have enjoyed the journey. Being a consultant, especially an independent one is not for the faint-of-heart. It is a 100% commission sales job where you also have to deliver the product/service. So I don’t normally recommend it.

But if you have the backbone, you have the drive, you are of an independent frame of mind, then perhaps you too can take advantage of a game chaning event in your life.