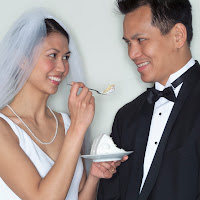 A study by the Pew Research Center, in association with Time magazine, showed that about 39 percent of Americans said marriage was becoming obsolete. And that sentiment follows U.S. census data released in September that showed marriages hit an all-time low of 52 percent for adults 18 and over. This versus to the number in 1978, of just 28 percent, who believed marriage was becoming obsolete.

This is causing a shift in what is being viewed as a family. According to an Associated Press article “When asked what constitutes a family, the vast majority of Americans agree that a married couple, with or without children, fits that description. But four of five surveyed pointed also to an unmarried, opposite-sex couple with children or a single parent. Three of 5 people said a same-sex couple with children was a family.”

Beyond the Thanksgiving table this new finding and increasing trend has an impact on companies. Andrew Cherlin, of Johns Hopkins University, told the AP “”People are rethinking what family means, given the growth, I think we need to accept cohabitation relationships as a basis for some of the fringe benefits offered to families, such as health insurance.” But the impact is more than just insurance packages. What else in HR might be impacted? Here is a first take:

• Re-definition of “next of kin”

• Attendance policies to allow for activities of “children”

• A changing view of relationships, inside and outside of work, thus impacting any company loyalty

The AP article said “The changing views of family are being driven largely by young adults 18-29, who are more likely than older generations to have an unmarried or divorced parent or have friends who do. Young adults also tend to have more liberal attitudes when it comes to spousal roles and living together before marriage, the survey found.”

These are the future drivers of the workforce, so how else do you think this changing family view may change your company?

Better start thinking about it!

3 thoughts on “Strategic Alert: How does the New View of Marriage Change HR?”