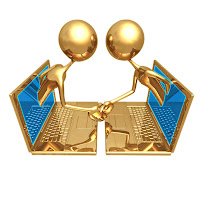 There are many HR people who are unfamiliar with labor law, especially here in the Southeast. But recent events dealing with the National Labor Relations Board (NLRB) make it clear that everyone in HR, and management for that matter, needs to know something about it. The Democrat controlled (read Labor controlled) NLRB is in a made rush toward the end of the year to make as many decisions as possible why Craig Becker is still in place. (His recess appointment on the board ends with the new Congress).

The National Labor Relations Act (NLRA) protects employees’ rights to engage in protected concerted activities with or without a union, which are usually group activities (2 or more employees acting together) attempting to improve working conditions, such as wages and benefits. Some examples of such activities include:

You will notice the sections I highlighted. “Protected concerted activity” is not restricted to companies which are already populated with unions. In fact, employers violating these rights often prompt employees to seek union support. This law is also why it is illegal for companies to have policies that forbid employees from discussing their pay with other employees. Such a policy can be construed as prohibiting employees from discussing pay or other work-related issues with each other, a direct violation of the NLRA.

Now back to the Facebook blowup. This deals with the actions of a Connecticut company in dealing with a worker in a disciplinary situation. She was already a union member and in this disciplinary situation, or at least one she perceived as disciplinary, she requested union representation. She was denied that representation (probably not a good thing because of the Weingarten rule.) Later that day she went home, and from her home computer, posted disparaging remarks about the supervisor on her Facebook page. Other employees, who were Facebook “friends”, added to the remarks and supported her on her page. Two weeks later she was fired for violating the company’s Blogging policy. A complaint was filled and the NLRB investigated. The result of their investigation was stated as:

“the employee’s Facebook postings constituted protected concerted activity, and that the company’s blogging and internet posting policy contained unlawful provisions, including one that prohibited employees from making disparaging remarks when discussing the company or supervisors and another that prohibited employees from depicting the company in any way over the internet without company permission. Such provisions constitute interference with employees in the exercise of their right to engage in protected concerted activity.”

As blogger/attorney Daniel Schwartz, at Connecticut Employment Law Blog states, “Employers are increasingly looking at and monitoring social media usage. The NLRB’s complaint makes it clear that it intends to challenge employers who over-reach.” He indicates that a hearing for the case is scheduled on January 25, 2011.

So what is the upshot of this? First you need to make sure your policy is not one of those overreaching policies. As one union blog stated “This is a big step forward for workers, who don’t necessarily have to fear being fired for discussing their work on Facebook with coworkers on their own time. But the key phrase here is “with coworkers” – there may be a danger of an employer taking disciplinary action if an employee takes to Facebook about their work, but doesn’t involve coworkers in the discussion.” You need to make sure your policy does not step on an employee’s right to engage in protected concerted activity.

Secondly, be very careful before taking action against an employee for Facebook, or any other social media site, activity. Make sure you understand the players and the issues involved. INVESTIGATE before you REACT.

Third, train your supervisors and and managers on this.

As a last note, I did read that the supervisor was still free to sue the employee for defamation of character. We will see.