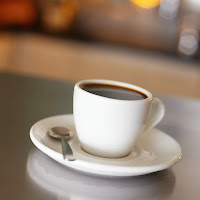 Some times we get so wrapped up in our Social Media connecting frenzy that we lose the true essence of what networking is all about. I had the good fortune to act as a “connector” today and introduce one friend to two other friends. They already “knew” each other through social media (Twitter, LinkedIn, Blogs) but had never actually met. So I facilitated them getting together over a cup of coffee (I will let you guess which coffee shop) and we chatted for two hours. Each told their stories, their interests and their plans to the group. We are all now in a much better position to help each other, to introduce each other to valuable contacts and we have now taken a step toward cementing friendships that may last for years.

There are wonderful tools to connect with people. Twitter, Linked In, and Facebook are the three most common ones that come to mind, but not the exclusive ones. (Dating sites and other companion sites are pretty common too.)You can even get to know someone quite well through these mediums. But to me, to really know them requires a face-to-face meeting.  (I have not yet heard of anyone getting married from an Internet relationship without first meeting face-to-face.)

There are alot of definitions of networking, from handing someone your business card to connecting with them on social media. But to me the core of networking is meeting face-to-face, going beyond the superficial, and truly understanding the person in front of you. By the way, this works very well in getting to know fellow employees better too.

So I encourage you to take the opportunity to invite someone you have been wanting to meet and invite them for a cup of coffee and a chat.

3 thoughts on “A Cup of Coffee and A Chat: Networking at Its Core”