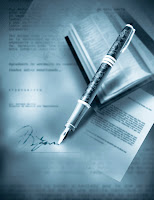 The first bill is The Fair Playing Field Act of 2010. This legislation will amend the Internal Revenue Code to eliminate a “loophole” that has allowed companies to avoid paying penalties for improper classification of independent contractors. The so-called loophole that the Fair Playing Field Act seeks to close is Section 530 of the Revenue Act of 1978. (You can read more about Section 530 by clicking here.)That law currently affords businesses a safe harbor to treat workers as independent contractors for employment tax purposes if the company has had a reasonable basis for such treatment and has consistently treated such employees as independent contractors by reporting their compensation on Form 1099s.

Going forward, the Fair Playing Field Act would eliminate the continued use of the Section 530 safe harbor. It would require the Treasury Secretary to issue regulations or other prospective guidance clarifying the employment status of individuals for federal employment tax purposes. The act would also prohibit the IRS from making retroactive assessments for past unpaid taxes in cases in which the business consistently treated the worker involved as an independent contractor and filed Form 1099s each year for the worker, unless the business had “no reasonable basis for not treating such individual as an employee.”

One major provision of the Act would require businesses who use independent contractors “on a regular and ongoing basis” to provide them with a written statement informing them of their federal tax obligations, notifying them of the employment law protections that do not apply to them, and telling them how they can seek a determination of their status from the IRS.

The second piece of pending legislation is Employee Misclassification Prevention Act. It would amend the Fair Labor Standards Act (FLSA), the federal law mandating the payment of minimum wage and overtime for employees who work more than 40 hours in a work week, creating a new labor law offense: misclassification of an employee as an independent contractor. EMPA would also impose strict record-keeping and notice requirements upon businesses with respect to workers treated as independent contractors, expose such businesses to fines of $1,100 to $5,000 per employee for each misclassification, and double the liquidated damages provisions under the FLSA for violations of the minimum wage or overtime provisions.

The paperwork burden and monetary fines associated with both these pieces of legislation can be significant. It is recommended that companies that use independent contractors make a concerted effort to reevaluate those relationships and determine how things might need to be changed.