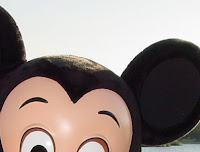 I have long been a proponent of hiring someone for their attitude toward the job rather than hiring just based on their aptitude for the job. Certainly for many positions there has to be a baseline of skills that must be met for a candidate to be qualified for the job. As I said to a friend the other day being an engineer is not just based on having a good work attitude. But, regardless of the skill level needed, it is still important to hire someone who has an “attitude” that matches the attitude or culture of the organization. In my experience people who are cultural mismatches don’t last long in an organization, regardless of their job skill level. Professional sports teams probably provide the most visible examples. As a Braves fan one big standout was Gary Sheffield. He didn’t mesh with the team and quickly moved on to the Yankees. In all he played for eight major league teams, so “meshing” with the team may not have been his strong point.

I bring this up because yesterday I attended the Business Growth Expo hosted by the Atlanta Business Chronicle. One of the speakers was Jack Santiago, a business program facilitator for Disney. He spoke about Disney’s approach to People Management and their approach to quality service. This was my first opportunity to be exposed to the Disney approach. I was impressed. Their emphasis on culture, the language they use, the screening they do, communication methods and the care the demonstrate to employees all go into creating a culture that allows them to be, and has made them, a giant in the entertainment business. They realize that they are in a business where they can teach people the technical skills of the job but they have found it much harder to teach the “softer” skills or the “attitude” necessary to be successful as an employee. Their approach to selection consists of the following:

Mr. Santiago did not go into what selection tools they use to determine attitude. He did however, point out that the look of “Casting” building, the look of their materials, the films that all applicants watch, and the list of non-negotiable items (such as hair styles, hair coloring, restrictions on facial hair and tatoos) all have a self-selecting effect. After that I would imagine a well crafted interiew process with well trained interviewers is next.

I would like to know more. I plan on reading The Disney Way, Revised Edition: Harnessing the Management Secrets of Disney in Your Company by Bill Capodagli and Lyn Jackson to learn more. But if you know something please comment and tell us how it works?

One thing is certain. The derisive term of “a Mickey Mouse operation” is not correct. It should be seen more as a compliment.

5 thoughts on “"Hire Attitude vs Aptitude": A Lesson from Disney”