Watching the Atlanta Braves play the San Francisco Giants it was apparent that the teams are pretty evenly matched. The games have been close in score and exciting to watch. But it became apparent very quickly that appearances differed greatly. The Braves are more “clean cut” sporting no long hair and little facial hair, other than the occasional goatee. The Giants on the other hand have very prominant long haired players and they even have a relief pitcher called “The Beard.” Flipping through the NFL games it is also apparent that long hair is making its comeback. So is that being reflected in other industries?

Those observations combined with an article on the online WSJ, called Read My Furry Lip, made me think about facial hair in the workplace. The article, written by Ruth Graham, asks the question “Are we ready for a President with a moustache?” She makes the observation that “According to Allan Peterkin, the author of “One Thousand Beards: A Cultural History of Facial Hair,” whiskers are taboo in arenas in which faddishness is frowned on and the appearance of transparency is prized.” Mr. Peterkin, whom she quotes, says further that  “The generalization I’d make about modern facial hair is it’s playful rebellion. And do you want a politician who’s into playful rebellion?”

So the conclusion of the article is that presidential hopefuls will probably not be successful if they sport a moustache or beard. But what about the workplace? What are the trends today? Is wearing facial hair really a “playful rebellion?” And are you up for playful rebellions in your company?

I have sported a moustache, a beard, and a goatee a various times in my life. Once to make me look older, a couple of times to be somewhat rebellious,  a couple of times just to be different. Today I don’t have one because I think it does make me look older and at my current age I don’t want to go there. But in each case my facial hair was grown after I had a job, never before. 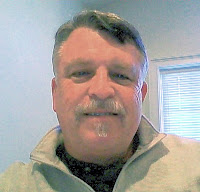 So my question to HR pros and recruiters is “Do you hire candidates that have facial hair?” Does this color your opinion of them? Is that industry dependent? Is is position dependent? Are blue collar candidates with facial hair more likely to be hired than white collar coandidates? Or is it an age thing? If you are older is it more acceptable? Let me know by leaving a comment.

Of course all this assumes that your candidates are male. Whether to hire female candidates sporting facial hair becomes a much different issue.