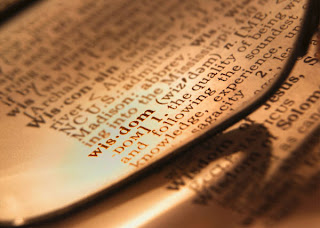 I received the most recent issue of The Futurist, the publication of the World Future Society. (I have just joined because I want to be a futurist. Saying that reminds me of the movie It a Wonderful Life where young George Baily says “I am going to be an explorer, because I am a member of the National Geographic Society.” ) Anyway, I digress. The first article I read was the featured one entitled Wisdom Facing Forward-What it Means to Have Heightened Future Consciousness, written by Tom Lombardo. Lombardo is a psychologist and is the director of the Center for Future Consciousness and is the author of The Evolution of Future Consciousness: The Nature and Historical Development of the Human Capacity to Think about the Future

. He also wrote Contemporary Futurist Thought: Science Fiction, Future Studies, and Theories and Visions of the Future in the Last Century

Ok, so far you are saying “so what?” while stiffiling a yawn. But stick with me, I will get to HR. In this article Lombardo connects wisdom and future consciousness. To him both require similar thought processes. As I read further I started to think this would be a good job description for the Chief Human Resources Officer (CHRO). See if you agree. Lombardo defines wisdom as:

“…the continually evolving understanding of and fascination with the big picture of life and what is important, ethical, and meaningful; it includes the desire and ability to apply this understanding to enhance the well being of life, both of for oneself and for others…. wisdom sees the forest and not simply the trees. It searches to the horizen and beyond, and identifies what is really signigicant in life…. it combines knowledge with practical application (and) lastly wisdom has an ethical dimension. It is not simply self-serving, but is applied to the benefit of others.”

Lombardo then goes on to define future consciousness as:

To offer a summary statement Lombardo says “Wisdom brings the lessons of the past to the problems and challenges of today and tomorrow; heightened future consciousness see patterns across time and extrapolates from past and present into the future.”

I don’t know about you but that is a pretty good description of a skill set I would want to have in my CHRO. It sounds strategic. It embraces ethics and empathy. There is a future focus that allows proactive actions, yet maintains a touch point with the past.

Perhaps we should put more screening for wisdom in our HR hiring and promotion processes. What do you think? Know anyone in who exhibits both wisdom and future consciousness?

1 thought on “A Great Job Description for HR?”