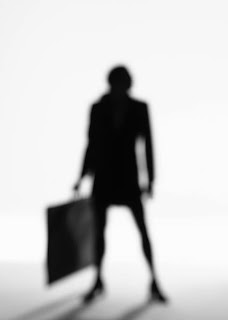 Before I start on my “rant” for the day I want to thank Stephanie R. Thomas for the post that is the inspiration for my post today. Her post, entitled The Men from NEPET Are Coming , appeared on the Compensation Cafe on August 20, 2010. In that post she pointed out a report from the government. This report, entitled National Equal Pay Enforcement Task Force (Stephanie’s NEPET), is a document from the White House that discusses the cross agency efforts to get the Paycheck Fairness Act passed by increasing the amount of scrutiny paid to, and information gathered from, businesses in the United States. My post will summarize what I consider to be the “high points” (or low  points depending on your point of view) of this report. For a complete understanding of the what you will be facing you need to read the report and Stephanie’s post in addition to what you are reading here. Just follow the links above.

In his campaign to be elected president and in the State of the Union address, Barak Obama made it clear that one of his goals was to erase pay inequities based on gender. Getting the Lilly Ledbetter Act passed was considered to be the first step. The report points out the next step “To implement President Obama’s pledge in the State of the Union address to crack down on violations of equal pay laws, the Administration has created the National Equal Pay Enforcement Task Force, bringing together the Equal Employment Opportunity Commission (“EEOC”), the Department of Justice (“DOJ”), the Department of Labor (“DOL”), and the Office of Personnel Management (“OPM”)”

The report says that there are five areas that need to be addressed. These include:

Here is my interpretation of their solutions:

Ok I admit, if  you read the report, they probably didn’t use the same language I did. I was taking some “poetic license”. But it is clear that the intent is to get harder and tougher on businesses, ESPECIALLY FEDERAL CONTRACTORS. If you are a woman working in HR at a company where you are paid less than the men in HR, this may be a mixed blessing. You may get more money but jeeezzz look at the extra work you are going to have to do as a result of this effort.

And Stephanie… I think your title is probably incorrect. It will most likely be the WOMEN from NEPET Are Coming.