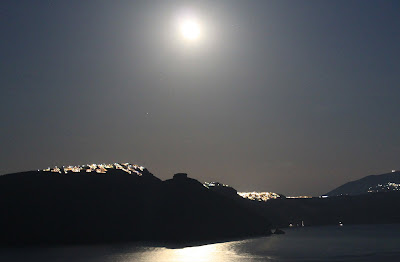 Today is the day of the FULL moon in August. It is called the Sturgeon Moon (and several others.) In popular lore many people think that on the day of the full moon people act wierder than on other days. In fact the term lunacy derives from the name of the Roman goddess of the moon, Luna. There have been many scientific studies on the effect of the moon, some which showed an effect and most that did not. According to Wikipedia the effect of the moon is considered a pseudoscience. The argument for the moon having an effect on human behavior comes from the fact that the moon does have a proven effect on the tides on earth. The gravitional effect of the moon on the oceans on earth is a well documented fact. For many people it then stands to reason that, since the human body is composed mostly of water, that there should be some effect there as well.

The actual science aside, I think there is an effect on human behavior. For centuries people have felt there is a lunar impact on how people act. (Werewolves for example) And if you polled many people today they would say they believe people act stranger on the day of the full moon. And that is the effect. Belief. We all know the phrase “Perception is Reality.” So if your employees believe they or their coworkers may be affected by the full moon they are likely to act stranger or attribute strange acts to the full moon.

So if your employees are acting crazy today they believe in the effect of the full moon… or at least you do.