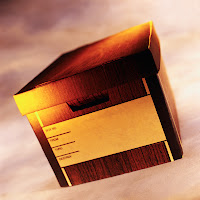 I was reading a blog post by Kevin Elkenberry entitled Six Ways to Think Outside the Box. It was a good post. What I liked about it was the fact that he said he really dislikes the phrase “think outside the box.” He said that even that, much over used phrase, constricts your thinking. He thought that perhaps “explode the box” or “find a new box” would be better phrases. Well that got me to thinking (an increasingly rare event these days) about the “box of HR.” Many “thought leaders” and fellow bloggers are trying to think outside the box of HR. People are trying to find creative ways to do things, new methods of organizing, and new things to try to break out of the old mold of HR. (Another overused phrase.) There have been some successes, but to many not enough.

So I thought “why not BLOW UP THE BOX OF HR?” (Creative huh?) I think some people out there may even be trying to do that. Trish McFarlane of The HRRingleader cofounded HRevolution in an attempt to revaluate the world of HR as it exists today. I have not had the good fortune to attend so I don’t know what level the thought processes are on. Laurie Ruettimann of PunkRockHR fame lights a fuse every once in awhile to blow up the box (and she is a real firecracker! Ok bad pun.) But she is moving on from PunkRockHR and starting her own company, so we will have to see what happens there.

I am doing some more reading about Futurism so I am not ready at this moment to suggest how I might blow up the box of HR. In fact I was wondering whether it can even be blown up. We have all this “stuff” that the government requires that has to be sheltered in a bomb-proof safe. So if that cannot go away then will we always be constrained by the existing box and be unable to blow up the box. Perhaps the best we can hope for is to change the shape of the box.

What do you think?

Vote for one and send me an answer.

12 thoughts on “Blowing Up the Box of HR”