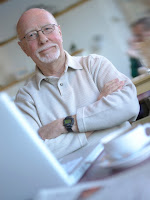 After I wrote my riff (actually more of a rant) on AGEISM I came across a blog post on TomorrowToday’s blog entitled The Silver Tsunami- Managing Older Workers. A very, very interesting blog post. Writer Graeme Codrington talks about the work of Martin Amis and Christopher Buckley who are writers who are entering their silver years and are worried about the costs of an ageing population. He says few people really grasp what is going to occur, especially people in the corporate world. Some of the facts he points out include:

He gives several examples of companies that are starting to catch on. These companies, like BMW, are making changes to make older workers as productive as younger ones with minor changes.

This blog post is a great follow up to the admonition I gave you yesterday about looking at skills and abilities of older workers. If you have an aging workforce THIS IS REQUIRED READING.