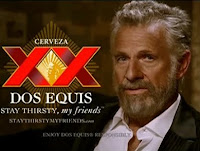 Today is Cinco de Mayo which is Spanish for the Fifth of May. (If you ever want to test how dumb your friends are ask them what day Cinco de Mayo is on.) Many Americans (US brand) think this is Mexican Independence Day. But it is not. According to Wikipedia “Cinco de Mayo is a voluntarily observed holiday that commemorates the Mexican army’s unlikely victory over French forces at the Battle of Puebla on May 5, 1862, under the leadership of General Ignacio Zaragoza Seguín. It is celebrated primarily in the state of Puebla and in the United States. While Cinco de Mayo has limited significance nationwide in Mexico, the date is observed in the United States and other locations around the world as a celebration of Mexican heritage and pride. Cinco de Mayo is not Mexico’s Independence Day, the most important national patriotic holiday in Mexico.” Mexico did eventually gain its independence, but the battle at Puebla was just one stop along the way. Of course Mexican restaurants in the US are very happy to celebrate this day. It is always a victory for their bottom line.

So my questions for you are:

Please educate your fellow readers by leaving a comment.

And in the words of the “most interesting man in the world” … Stay thirsty my friends!

(I strive daily to be the most interesting man in the world. So far… well not so much. LOL)

1 thought on “Do You Celebrate Minor Victories? The Lesson of Cinco de Mayo”