(Note: On Thursday, April 15th I will be the guest on the Internet radio show DriveThruHR, hosted by Bryan Wempen each day at 12 pm Eastern time and 11 am Central time. I will be talking to Bryan and the audience on the value of Twitter to HR. It is not a play toy. It is a serious tool for the leading edge HR professional. So join us by clicking on the link above.)

According to Wikipedia a Eunuch is “…is a castrated man; usually one castrated early enough to have major hormonal consequences. …The term usually refers to those castrated in order to perform a specific social function…they have performed a wide variety of functions in many different cultures such as: courtiers or equivalent domestics, treble singers, religious specialists, government officials, military commanders, and guardians of women or harem servants….” 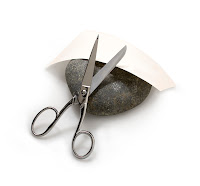 The meaning of the term “eunuch” has come to take on a more general meaning of “unempowered or powerless”. It implies weakness and it is in this vein that I ask the question in the title. And in this vein it applies to both men and women in HR. My answer to the question is a resounding “it depends.” It depends on the leadership of HR. The words from which eunuch is derived are “…from the Greek eune (‘bed’) and ekhein (‘to keep’), effectively ‘bed keeper’.” In some organization HR plays a very servile role. Keeper of the files, doing the bidding of the management team, often in ways that cause many HR people to lose sleep at night and develop ulcers. I have personally worked for someone who was very much the “corporate eunuch.” As with many eunuchs of history he used position power and intrigue to his advantage. Those of us that worked for him had no respect for him. And he let the company executive management get away with too much. The company collapsed not too long into its history.

Today I am encouraged however, with the growth of HR leadership. There are many in the profession who have shrugged off the mantel of eunuch and stepped up to the role of trusted and valued partner. They are trusted, respected and valued by their peers and company leadership. They have power, not because of intrigue and guile, but because of knowledge, foresight and courage. They are transforming HR in their organizations, as Dave Ulrich and his colleagues suggest in HR Transformation: Building Human Resources From the Outside In

. By reading blogs and having conversations I have had the good fortune to meet several outstanding newer leaders in HR. They are the face of the “NEW” HR. They have both book “smarts” and “street smarts.” They have trust, they have respect, they have courage and they have a “voice.” This latter trait is important. That is what spreads the “word” and encourages others to adopt their ways.

I hope many of you have meet someone who falls into this catagory, but I want to name a few of the ones I have met who fall into this catagory. These include Kris Dunn, Trish McFarlane, Jessica Lee, Lance Haun and Laurie Ruettimann. A couple of up and comers to watch include Ben Eubanks and April Dowling. If you feel you have been labled the “corporate eunuch” then study these people and learn.

I am sure I am missing some great HR people. I did not mention the many great consultants I know that are helping lead the charge as well. If you know someone great let me know! Publish their name here so we can all get to know them.