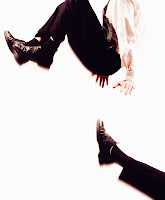 In a speech to the American Bar Association in March 2010, Assistant Secretary of Labor for Occuaptional Safety and Health, David Michaels said “I know that by now you’ve all heard Secretary Solis describe DOL under this Administration as the “new sheriff in town.” This is not an abstract wish; it is a stern description of how OSHA is now working – and I take this phrase seriously.”

OSHA has taken a much more intense and “gonna get you” approach to dealing with employers. Michaels went on to further comment “First and foremost, we will emphasize strong enforcement – as evidenced in our record-breaking $84.7 million citation against BP Texas City, and the sharp increase in our egregious cases.” He then added “If the threat of a fine isn’t enough, we have other ways to drive home the point that employers need to obey the law.” (My emphasis). To emphasis the point he stated “…we conducted the first-ever vehicle seizure in an OSHA whistleblower case…”

According to attorneys at Seyfarth Shaw much of what OSHA administers may now have criminal implications. Injuries may now be indictable and employer representatives and executives may now be subject to criminal prosecution. They number of citations will be stepped up in the “willful” catagories and fines will be increased substantially.

A company’s liability under the Multi-employer Workplace Doctrine will increase. As an employer using outside contracting companies in your facility you will now be responsible for the safety training of those employees. Failure to provide this training is a violation and may be deemed a willful violation.

The general duty clause will take on broader meaning to allow OSHA to cover anything not specifically covered in the regulations. Ergonomics will become a bigger issue.

Michael’s further states in his speech.. So, you can expect to see us moving, to the extent we can, toward higher penalties, not only to send a message to those employers who neglect their workplace responsibilities, but also to those employers who need reminding that a safe workplace is not something to think about only when it’s convenient – when you have the time and money – but every day.”

So, are you feeling that target on your back getting bigger?

Tomorrow I will conclude the week with some tips on what you can do to prevent or mitigate a visit from an OSHA inspector.