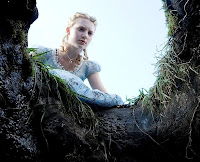 One of the alternative defintions to “Down the rabbit hole” is that “by extension the term has also come to signify any event which triggers a completely unexpected situation.” And that pretty much defines my career in HR.

Like many HR people who have been in the field I did not intend to be in HR. In fact at that time HR did not exist. It was Personnel and SHRM was ASPA. (Got to have grey hair to remember that!) I was a graduate student at the time and up to that point had no interest in business. I was working on a Ph.D. in comparative animal psychology and was working at the Yerkes Primate Center in Atlanta, Georgia on the Lana Chimpanzee Project. Before that I had gotten an undergraduate in Psychology from the University of California/Riverside and had studied monkeys there too. I decided to take a break from my Ph.D. program (and never returned) and went to work on a research project studying… you guessed it… monkeys. When a TB outbreak occured and most of the monkeys died (TB is fatal in all primates execpt humans) I decided it was time to search out something else. I had a career oriented wife and a son ( a daughter showed up later) so I thought I needed to get a real job.

Well with that background who hires you? Answer: Almost no one!  But the placement agency I had filed with thought I had some smarts and some personality so they offered me the opportunity to find jobs for clerical people. I then graduated to placing sales candidates. In the meantime I learned alot about business and decided I wanted to be on the other side of the desk. So I quit my job and started doing my own search. But luck had it that a collegue thought I would be a good match for one of his clients. Ten weeks later I was a Personnel Trainee for Printpack in Atlanta, GA. I was with them for about 10 years as a plant personnel manager and the Corporate Recruiting Manager. With that background I then worked on a Masters degree in Industrial Relations (HR) and then moved to a software company. After a short and explosive ride with KnowledgeWare I then found myself with the opportunity to be self-employed. And launched the consulting career I have today, in 1991.

Now I have heard all the cracks (and have used them) about transitioning from monkeys and apes to personnel, so you can laugh if you want. But I did pick up some good information about behavior and learning that has proved helpful. I have also encountered some people who were not quite as bright as was Lana chimpanzee.

As I was relating my background to Trish McFarlane of HRRingleader fame in a phone call we wondered how many other people “fell into the rabbit hole” or as many of us say “we fell into HR”. Today many people see it as a viable career opportunity and there are degree programs for it. However, I suspect many people still “fall into HR”.

So I am curious. What is your story? How did you get into HR? If you have a “rabbit hole” story please share. If you intended to get into HR and persued a degree let us know what attracted you to the field. Please leave a comment and share with us.

4 thoughts on “Down the Rabbit Hole: My Career In HR”