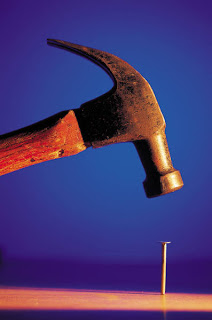 I came across a report the other day from Towers Watson (the merged result of Towers Perrin and Watson Wyatt) that basically declared the “free agent nation” dead. The concept of “Free Agent Nation”  was developed by Daniel Pink of Fast Company Magazine. It was used to describe a notion that you only worked for yourself and sold your services to a succession of employers. Tom Peters and other were (are) heavily invested in the concept as well. Thus, you had control of your career, your options, your education and your compensation. If you did not like working for someone you then left and “sold” your services to another buyer. I personally was and still am a big believer in the idea. To me, being tied to one employer, whether or not you like it, is allowing yourself to become entrapped in VICTIM MENTALITY.

Thus, I was somewhat surprised to come across the Towers Watson report Jobless Recovery in the U.S. Leaving Trail of Recession-Weary Employees in Its Wake, According to New Study. Sure you would expect to read that people are tired of being laid off  or losing their jobs by job elimination. But surprisingly this has lead to a CULTURAL ATTITUDE SHIFT and people are now looking for more permancy in their relationships with their employers. The report states that “A startling eight out of 10 respondents want to settle into a job, with roughly half saying they want to work for a single company their entire career and the rest wanting to work for no more than two to three companies.” Whoa! Are these people wanting to return to the their fathers’ world of work? The report also says that  this is driven by the recession. They state “This move toward workplace “nesting” is no doubt influenced by a perceived dearth of job opportunities, coupled with U.S. employees’ lower appetite for the risks inherent in changing jobs. In fact, more than half (56%) of the U.S. workforce expects little change in the job market over the next year, and over a quarter (28%) anticipate continued deterioration in the employment picture.”

Rather than grab the “bull by the horns” (idiom explained) and reinventing themselves many workers have expressed a desire for “stability”. As reported by the Global Workforce Study “…the GWS found that:

Well the bad news is, despite many workers wanting to return to the state of the nation in the 1950s where everyone went to work for one company and stayed for life (e.g., IBM ) those days are over with. As quoted in the GWS report “ ‘For many employers, the recession has put the final nail in the coffin of the traditional ‘deal’ that once existed between employees and employers,’ said Max Caldwell, a leader of the company’s Talent & Rewards business.” (My emphasis)

So if you are one of those people who are hoping for stability from your employer WAKE UP AND SMELL THE COFFEE! The only stability you can hope for in your work life is what you make through what you know, your education, your experience and how you continually upgrade your skills or reinvent yourself. By making yourself continually valuable you make yourself continually employable. Now you may get fortunate enough to be able to “sell yourself” to one employer for a nice long “contract.” But don’t count on lifetime employement. Be prepared to seek out and secure another “contract”. If your skill set looks like everyone elses then you have nothing unique to sell. Make yourself unique.

As someone who has been a “free agent” for a long time I am a big believer in the concept. I do not believe at a time when so many people find themselves with an opportunity to take control of their lifes that we will see “free agency” go away.

Who else out there has made themselves a successful free agent? Any advice for others?

1 thought on “"Free Agent Nation" A Thing of The Past? Not In My World.”