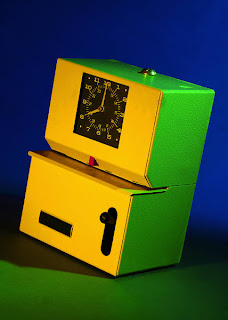 I saw an article today on CareerBuilder, unfortunately I can no longer find the link. It dealt with the subject of hourly workers being happier than salaried workers. (My apologies to the author for not providing a link or the proper attribution.)

The premise of the article was that hourly workers are happier than salary workers because they see the direct result of their efforts in their paychecks. The ultimate “line-of-sight” connection. The author also mentioned that when you become salaried you start working more hours and thus your “hourly wage” decreases, hence you are unhappier in your job. As an hourly worker if  you work overtime you get extra compensation for hours worked over 40 hours in a week (or 8 hours in a day in California or under union contracts.) Supposedly you are also happier because you don’t have to make decisions.

Of course the downside of being a non-decsion making, hourly employee is that often in an economic downturn you are the first to have your hours, hence your pay, cut and often are the first one to also lose your job.

So what are the upsides and the downsides of being hourly? Here is my list.
The upsides include:

Downsides:
For the Salaried positions just reverse these lists. So what do you think. Can you add to these lists? Or would your lists look different?
(BTW, some of this is tongue in cheek. There are days …..)

2 thoughts on “Happiness at Work: Hourly vs. Salaried”