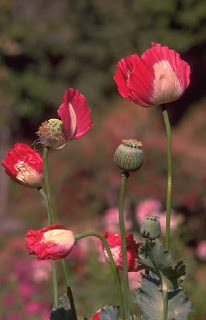 In his book Thrive! (Amazon link), consultant Alan Weiss tells of the Tall Poppy Syndrome, a cultural phenomenon of Australia (and as it turns out of other British based cultures.) Wikipedia describes it thus: “Tall Poppy Syndrome (TPS) is a pejorative term used in the UK, Ireland, Australia, New Zealand and Canada to describe a social phenomenon in which people of genuine merit are resented, attacked, cut down, or criticised because their talents or achievements elevate them above or distinguish them from their peers. Alternatively someone is said to be a target of tall poppy syndrome when his or her assumption of a higher economic, social, or political position is actually presumptuous, attention seeking, or without merit.” We see the same cultural phenomenon in many United States high schools, often talked about as a culture of underachievement and usually associated with minority groups, although not exclusively.

I have also seen this in American business as well, depending on the employee group. One Union shop I worked in promoted just such an environment. If you stood out from the crowd you received unwanted criticism from your fellow workers. We even have well known phrases used to describe these people who stand out that include: Brown noser, ass kisser, and suck up. The social pressure these employees were put under to NOT achieve, to NOT stand out was enormous. And given a union environment where wages are given on “time in grade” basis there was no monetary reward for being outstanding.

In American business we like to think that we have a culture of meritorius achievement. But do we really? I know of businesses who have recognition programs, yet the employees do not want that recognition. They are afraid they will be harassed if their picture is on the wall or their car will be keyed if they are parked in the special spot. And do our pay systems REALLY promote merit, when the maximum you can give someone is capped at 2%?

So look at your organization. Do you have a culture that chops down the Tall Poppy? Do you have a system that kills the flowers in your company and keeps the weeds?

4 thoughts on “Performance & Recognition: Does Your Unspoken Culture Weed Out the Flowers?”