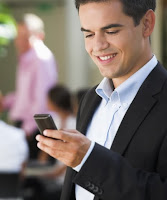 Most organizations with good HR professionals will have a written policy that specifically says “..that while at work employees should have no expectation of privacy.” This allows the company the freedom to check email and Internet visits if done on a company device. This usually include mobile phone usage as well. Unfortunately a recent ruling by the 9th Circuit Court of Appeals (This is the notorious court in San Francisco) makes it clear that when it comes to texting, employees may have a right of privacy, regardless of who owns the device.

In  Court will rule on privacy of text messages sent on employer-owned devices, a December 15, 2009 article that appeared in the Los Angeles Times, reporter David Savage talks about a case involving the Ontario, CA police department. A few officers were suspected of misuse of their official mobile devices so the department demand from the wireless provider the records and then reviewed them. The officers had been told officially that the devices were for official use, but a supervisor had told them they could be used for personal use as well. The written department policy stated it “…reserves the right to monitor and log all network activity including e-mail and Internet use, with or without notice.” However, “…the U.S. 9th Circuit Court of Appeals broke new ground by ruling that the police officers had a “reasonable expectation of privacy” in their text messages. The officers had been led to believe by a supervisor that the devices were also for personal use, the appeals court said.”

The U.S. Supreme Court has taken this case on its schedule and a decision is due in June 2010. Their decision may significantly alter privacy in the workplace as it relates to computers, the Internet, E-mail and mobile devices, with which, up to this time, companies have been allowed to tell employees they should have expectation of privacy.

In the meantime your policies that deal with workplace privacy and the use of company or organization devices should be changed to include texting. An explicit statement should include email, Internet, phone records and texting records for company owned devices as areas where employees should have NO expectation of privacy. And supervisors should be CLEAR on what the policy is and not deviate from it. That was a major part of the problem in this case.

We will see in June if we have to change the policy again. Let’s hope the Supremes have more sense than the 9th Circuit.