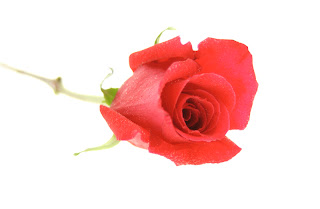 “What’s in a name? That which we call a rose by any other name would smell as sweet.” So says William Shakespeare in Romeo and Juliet. But many people today would disagree. In the New York Times Michael Lou writes about “Whitening the Resume” (Free registration required to read) In this article he talks about African American job candidates taking the “blackness” out of their names, schools, experience and references in order to get a foot in the door for an interview. Although regrettable, it is not a new phenomenon. A couple of decades ago women were taking the “femaleness” out of their names by using intials. Asians and Middle Easterners were “Americanizing” their names. Even earlier many Italians and Germans were doing the same thing. Hispanics were/are reducing the size of their names by dropping the several family names in their complete names. People will do what they perceive will give them an edge, especially in these “downturn days.” In the 80’s even young white men were changing their names by initializing their first name and going by their middle name because that “appeared more executive.” People even do it regardless of age, sex, race, etc. just because they have a name they don’t like. Agnes Susan Smith may is not going to feel her name says youthful and vibrant, so she drops the Agnes and becomes Susan. (Apologies to all Agnes out there.)

Is it right that they feel compelled to do this? Not really. Is it reality, perhaps, the research says so, anyway. Names are very powerful. What we hang on our children can boost or scar them. They can be trendy for the time but become dated with the passage of time. My contempories, many of whom were hippies, named their children Bridge, River, Summer, Spring, Flower, Dweezil, MoonChild, Chastity, etc. I am surprised I have never met “Oh Wow Man”. So you parents out there think about what you are going to do to that little child who will someday be an 80 year old with that moniker.

Back to the potential discriminatory decision made on the basis of someone’s name. I would hope that recruiters would look beyond that. Perhaps we should have a universal process for just calling someone “Candidate #_____”. ( I do seem to recall something like this in the past.) But let’s face it, discrimination, though somewhat diminished from three decades ago, does still exist. (See my post on The Big ISM: Racism.) But not all recruiters are lillywhite males. Many are female, many are “of color.” So my question to them is “How do you react when you get a resume with an obvious ethnic name?” “Do you screen for ‘whiteness’?” The same holds true for managers. Not all are white. Not all are males. Will a black female manager with a name like Mary Wilson have a negative reaction to a black female candidate named Eboni?

I don’t know the answer to this. I would like some guidance. Someone tell me that ethnicity is totally ignored in their organization and people are only hired on the basis of their qualification. Make us feel good that progress is being made.

2 thoughts on “Getting a Job by Hiding Your Ethnic Name”