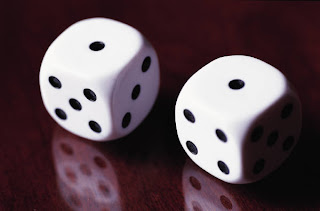 How would you like to play a game where everytime you threw the dice you were unlikely to win because you had been given a pair of “loaded” dice? (click for the meaning of this idiom.) You probably would not want to play anymore. But what if you had no chance? What if it was the only game in town? And what if your previous wins with the non-loaded dice were going to be set aside because you were not playing under the new rules?

Well that is the scenario that is being set up with the new nominees for the National Labor Relations Board. The NLRB is made up of 5 members. Three of them generally are generally appointees of the party controlling the White House. So in this case that would be three Democratic nominees and two Republican nominees. Currently there are only two appointed members serving. One was a Bush nominee and one was a Clinton nominee. The Clinton nominee, Wilma Liebman was Obama’s  for the position of Chair of the NLRB. The Bush appointee is Peter Schaumber. The remaining two Democrat nominees are Mark Pearce and Craig Becker. Craig Becker in particular has become a lighting rod for controversy. A Republican nominees has yet to be named.

To help understand why this controversy exists let us compare the backgrounds of the current members and nominees.

The emphases in each bio are mine. The one current Republican nominee was an arbitrator. Arbitrators are known for carefully guarding their reputations for being unbiased so they can decide cases without bias. Pearce has practiced UNION side law his entire career. Liebman, did work for the Federal Mediation and Concilliation Service, which is a plus, but was an attorney for TWO different unions. And Becker is CURRENTLY on the payroll of arguably the most powerful union in the country, the SEIU, as well as acting as council for the AFL-CIO. Becker is well known for writing many papers indicating that UNION will always win if he has anything to do with it. (Follow these links to Shopfloor and the National Right To Work committee to see business’ view of Becker.)

Republican Senators are adamently opposed to Becker’s appointment, and Senator John McCain in particular has moved to oppose his appointment. Political wrangling may end up seeing Becker’s nomination being used as a bargaining chip in the final determination of various labor friendly bills currently pending in Congress. The appointment of this board as it stands will potentially have as much an effect on the labor picture in the U.S. as the passage of any bill such as EFCA or RESPECT. The opportunity for this potential board to over turn 8 years of NLRB decisions will significantly alter the labor picture for companies of all shapes and sizes both union and non-union alike.

So stay tuned Bunky! The road may get rough.