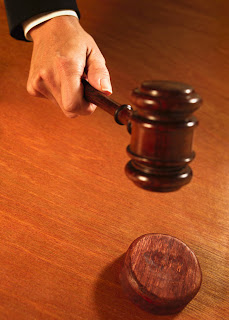 Thanks to Jon Hyman over at the Ohio Employer’s Law Blog who wrote the other day on Do you know? Employment Litigation Expected to increase in 2010. It was an eye opener. I clicked through from his blog to the Fulbright & Jaworski Fifth Annual Litigation Trends Survey and Highlights and read through the employment law section. Here is some of the information I gleaned from that report, but I would recommend you look at Hyman’s analysis and also the actual report itself.

The costs associated with dealing with these cases, excluding settlements often exceed $50,000 per case and almost a quarter of the time exceed $100,000. For a small company that can be devestating. The areas that cost the most to deal with are race, sex and wage & hour cases.

What are we to conclude from these facts and figures? Well the overall conclusion of the report is that companies are going to be spending more on litigation in 2010. Other conclusions that I reached are:

How can you avoid some of this litigation increase? Three things pop to my mind.

So there you go. As Jon concluded in his blog post about this topic “What does all this data mean for your business? Your legal budgets will likely increase next year. The question you need to answer is whether you want those funds to pay to defend lawsuits, or to proactively audit your internal personnel and employment practices to limit your litigation costs?” I vote that you be proactive! And of course I know a good consultant that would be more than happy to help you. LOL.