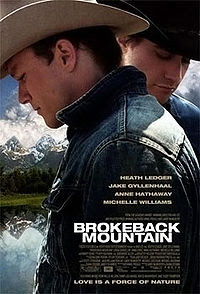 According to a group of historians, who filed an amici curiae brief in a Texas lawsuit, discrimination against the Lesbian Gay Bisexual & Transgender (LGBT in Wikipedia) community is a 20th century phenomenon, particualary of the 1930 to 1960 era. During that time workplace discrimination, and discrimination in general, was widespread. In the Eisenhower administration companies with contracts with the federal government were encouraged to ferret out and fire all their gay employees. Starting in the 1960s as civil rights became a bigger issue attitudes about LGB orientation started to free up.
In 1998, President Bill Clinton signed Executive Order 13087 prohibiting discrimination based on sexual orientation in the U.S. government, excluding the military (Don’t Ask Don’t Tell), but including all businesses that have contracts with the federal government. Attitudes however, have not been changed as much as some people would hope. A study conducted by the Williams Institute of the University of California in 2007 showed that gays and lesbians still report a high percentage of discrimination in the workplace. Gay men make 10% to 32% less in salary. Transgender individuals are dealt a bigger blow with high rates of unemployment. (For further information see the study.)
For private sector employers there is no current federal law prohibiting discrimination on the basis of sexual orientation. However, there are 17 states, the District of Columbia, and 180 municipalities that have legislated protection against sexual orientation discrimination. There is proposed legislation in the U.S. Congress called the Employment Non-discrimination Act (ENDA) which would make discrimination based on sexual orientation AND gender identity part of Title VII protection. Proponents feel they have the votes to pass the bill and there may be action on this bill later in 2009. If  you wish to follow the debate there is a blog called Transgender Workplace Diversity that is following ENDA. Right now Healthcare may be  the bigger issue.
Many companies all ready include sexual orientation protection in their company discrimination policy. I have never worked for a company that openly discriminated against gay and lesbian applicants and employees. But I am fully aware that many companies may have those issues. But without personal experience I would like to bow to those that have and solicit some advice.

Given that ENDA has a decent chance of passing within the next two years how should companies prepare? If a company does not have a policy in place what would your recommend? And a BIGGER issue to ask about is how do you deal with a transgender employee? I know restrooms are always an issue for employees that may be in transition. Anyone have advice to others?

(Picture of the promotional poster of the move Brokeback Mountain borrowed from Wikipedia.)