Short people got no reason 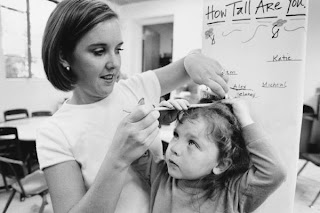 In 1977 song writer Randy Newman penned and recorded “Short People”. It was a song about prejudice. It was a hit that caused alot of controversy. Some people found it funny, some found it offensive. People today still are arguing over it. (See the comments below the lyrics printed here.) It was supposed to be a statement about prejudice in general but the fact that height was selected telling.

In the U.S. we do “worship” height, up to a certain height anyway. Studies have shown that taller people, particularly men, generally earn more and are more successful than shorter people. A study in the Journal of Applied Psychology found that “…someone who is 6 feet tall earns, on average, nearly $166,000 more during a 30-year career than someone who is 5 feet 5 inches–even when controlling for gender, age and weight.” There were a number of possible reasons for this, including,

The differences seemed to be greater in jobs that required social interaction, such as management, sales, and service positions.
An additional finding was that shorter men were the objects of bias more often than shorter women. However, in my observations there are obvious careers that are closed to shorter women. You will find no runway models that are 5’2″, regardless of their beauty.
There are certainly no laws that prohibit discrimination on the basis of height, unless of course selecting on the bases of height without a bona fide occupational need leads to adverse impact on a protected class. Requiring someone to be 6′ tall just for the heck of it will screen women and hispanic and asian candidates out. So it is always best to understand job requirements.
I personally always wanted to be 6 feet tall. I thought I was 5’11” until one day my doctor measured me at 6 feet. I did not question the accuracy of the measuring tool, I just adopted the measurement. LOL I married a woman who is 5’2 3/4″. She is careful to put in the 3/4″. She too wanted to be taller. That desire for both of us to be taller must have its roots in how society reacts to short.
So what about it all you “shorties”? Have you felt the bias? Has it had any effect on your career? Have you found it harder to reach the rungs of the ladder?

Next ISM up will be GayISM followed by UglyISM. Any others you want to suggest I explore?