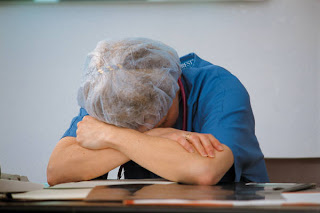 Age was not originally part of the protected catagories as defined by the Civil Rights Act of 1964. It was added with the 1967 passage of the Age Discrimination in Employment Act. And unlike the CRA where coverage starts at 15 employees, its coverage does not start until 20 employees. (This lack of consistency drives HR people nuts.) The law protects workers age 40 or over. It does not provide any protection to workers under 40. It allows employers to favor older workers, even if the “younger” workers are over 40 years of age. This was determined by the Supreme Court in the General Dynamic Land System v. Cline case.

The ADEA prohibits discrimination in all usual areas of employment, but also includes areas not generally considered, such as training and apprenticeship programs and time-off. Harassment based upon age, such as “old” jokes, “old” cartoons, “old” slurs, is also prohibited. So watch the “gray beard” or “old dog” remarks.

There are some areas where age can be a factor. These include:

And that leads us to the other law that protects older workers, The Older Worker Benefit Protection Act (OWBPA). This was passed in 1990 and says:

There are alot of exceptions to the rules on pensions and other benefit plans, so each HR professional needs to be aware of these, as there are too many for this post.

I do want to cover the waiver issues however, because in  today’s world more HR managers are dealing with them. Waivers have to be knowing and voluntary and the rules for this are:

So there are the rules. Here are a few comments.

Finally, when I reached my 40th birthday I celebrated big time because I had finally reached a protected catagory. LOL

2 thoughts on “Ageism Part 3: What HR Needs to Know”