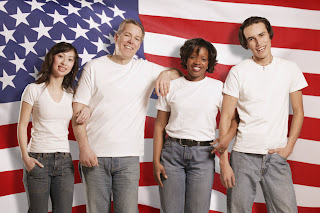 Racism has a long and storied history in the United States, in fact in the history of mankind. However, since I am dealing with the human resources implication under US law I will stick to that arena (mostly.) The emotional impact of racism is still quite evident with the recent encounter between a Harvard professor and a Cambridge police officer and a healthcare town hall in Georgia.

The dictionary definition of racism is: “The belief that race accounts for differences in human character or ability and that a particular race is superior to others. Or ..Discrimination or prejudice based on race. “ Wikipedia as a more complete treatment of racism found here.

Employers are, or should be, on guard constantly for situations that hint of racism. Programs on diversity have been around for a couple of decades to help raise awareness. And of course Federal and State laws make it illegal to use race as a determining factor in employment. Let’s explore the Federal laws.

In the US racism was, and still is to a large extent, a black/white phenomenon. It has since expanded considerably and “minorities” of many “shapes and sizes” are all protected. However, the history of the law shows its origins. The big law that deals with discrimination based on race is Title VII of the Civil Rights Act of 1964 the movement of black Americans in the early 1960’s led most notably by Martin Luther King, Jr. However, the law became more than just an act against discrimination targeted toward black Americans. It became a law that covered a broad spectrum of “protected categories” that has gotten broader as time as progressed. It is THE law that guides HR in its daily functioning. It was the FIRST of the many “social” pieces of legislation passed in the last four decades. I am not going into the mechanics of the law, most knowledgeable HR people know them and if you don’t you can find them at Title VII of the Civil Rights Act of 1964.

Title VII however, was not the first Federal law to prohibit race discrimination. The Civil Rights Act of 1866 (Section 1981) was the first law to provide protection against race discrimination. It was a law that specifically declared African Americans to be citizens and entitled to a series of rights previously reserved to white men. It was originally designed specifically to protect African Americans (and my guess is, just African American men) in alot of situations, but has since been expanded to all races. Unlike Title VI, which applies to employers of 15 or more, Section 1981 applies to private employers of any size. Because the law actually dealt with protection in making contracts, of which employment was considered one of them, it also protects other contractual situations such as partnerships and independent contractors. Title VII does not provide this protection. Section 1981 prohibits using race in hiring, promotions, employment benefits, pay, time off, and firing. Harassment and retaliation is also prohibited. Only INTENTIONAL discrimination is covered, not disparate treatment as is covered in Title VII.

Obviously, it would be wonderful if we had a world free of racism. And we have certainly made long strides in this country as the election of President Obama lays testament to. But is it realistic to think it will ever disappear? I don’t think it will. In my early days of college I spent alot of time studying mammalian behavior, specifically primates. One of the aspects of behavior that is evident in monkey troop behavior is something called xenophobia. According to the dictionary that is defined as: “…fear and hatred of strangers or foreigners or of anything that is strange or foreign.” Many mammals exhibit xenophobia, they drive strange animals from their troops, their herds, etc. I think we have a deep seated remnant of xenophobia in our genetic make up which results in the fear of the different from us. Add to that the “intellectual” capacity that we have over other mammals and we end up with racism, feelings of superiority combined with a fear or dislike of the unknown.

The good news is that it can be overcome. Troops and herds do let strangers in because it is good for the genetic survival of the group. Diversity makes things healthier. And one of the hallmarks of the human mammal is that intelligence. We can understand the biases that we come with naturally and we can overcome them. As long as we understand that discrimination may exist we can reduce it and we can overcome it. In the meanwhile we control it with the use of Federal and State laws.

1 thought on “The BIG ISM: Racism”