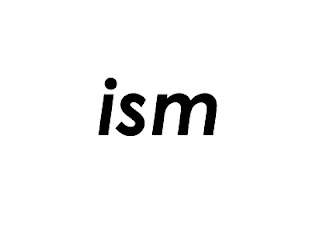 A couple of weeks ago on Twitter (follow me at http://twitter.com/MikeHaberman ) I made a comment about AGEISM. I even wrote a blog about Ageism in the Workplace. Laurie Ruettimann of Punk Rock HR fame came back and made comment to the effect that we seem to have an “ism” in alot of areas. And indeed we do. Racism, the big ISM of the HR world and probably one of the most prevalent ISMs in the United States is once again in the news. Here in Georgia, and elsewhere, rascism is being claimed as the reason people are against a national healthcare plan which has been labled as ObamaCare. (I am not going to get into a discussion on that at the moment so don’t roll your eyes and close me down.) But we have also seen recently agesim and sexism. We in HR tend to equate ISM to discrimination. So we may some day end up with “fatism”, “shortism”, “dumbism”, “poorism”, “richism” and who knows what else.
But this got me to thinking. What exactly is ISM? So here is the lesson.

So alot of usage for three little letters. Over the coming weeks I will be exploring the one defintion of it that seems prevalent in Human Resources “An attitude of prejuidice against a given group.” I will look at racism, ageism, sexism, etc. from a human resources perspective and maybe a little social/scientific perspective as well. So stay tuned.

1 thought on “ISM: Three Little Letters That Mean So Many Things”