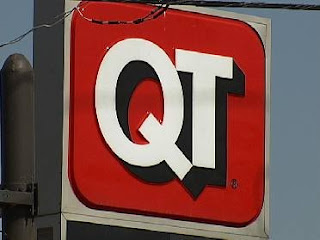 QuikTrip, a Tulsa, Oklahoma based convenience store chain, has agreed to pay out $750,000 in overtime payments that the U.S. DOL said were due employees because of a violation of the Fair Labor Standards Act. By just looking at the headline you might think this is the “standard” case of a company working employees off the clock or not counting time they worked. Well if you thought that you would be very wrong. This case has to do with a company trying to do good things for their employees and rewarding them for their good work.

QuikTrip has a bonus system based upon a secret shopper program. Employees are rewarded for extra good work based upon their ratings in the program. What an excellent thing to do! However, QuikTrip got caught in a making a mistake that many companies probably don’t even realize they could make too. In fact when I talk about this in the SHRM prep classes I teach most people are agast. The mistake that QuikTrip made was in giving nonexempt employees non-discretionary bonuses! Because if you give nonexempt employees non-discretionary bonuses you have to use that in your overtime calculation for the period of time that was covered by the bonus.

This 2003 article, entitled Intersection of Bonuses and FLSA – Is More Overtime Pay Due?, written by Jason Reisman of the law firm Obermayer Rebman Maxwell & Hippel, explains that “The FLSA requires that non-discretionary bonuses – those promised to employees – be allocated over the time period to which they apply and included in calculating the overtime pay due to non-exempt employees. Such a bonus, viewed under the FLSA as additional compensation for employees’ work, requires additional overtime pay beyond the employees’ regular overtime pay rate, which is one and one-half times their regular hourly rate of pay. Non-discretionary bonuses that are not paid on a weekly basis require allocation to each workweek covered by the bonus before recalculating the overtime compensation due. Generally, non-discretionary bonuses include attendance bonuses, individual or group production bonuses, bonuses for quality and accuracy of work, and retention bonuses.” (For further information click on the link above.)

Discretionary bonuses do not require such payment, but may have consequences beyond just the simple payment of the bonus. To avoid problems Reisman suggests either of the following in constructing a bonus program for nonexempt employees.

Or you just don’t pay ANY bonuses to nonexempt employees! Overtime problem solved! But wait that certainly does not get you in the direction you want to go in with having committed employees whom you want to reward for helping the company be successful. So careful design and understanding and guidance needs to go into each bonus program you design. Realize the cost of the bonus is going to be greater than the actual bonus designation. And if you don’t have someone on your HR staff qualified to do this then get a good compensation consultant to help you. It will be a whole lot cheaper than paying $750,000 in back pay. QuikTrip got burned trying to do something good you need to avoid the same happening to you.

I would like for some of my compensation buddies to weigh in on this and perhaps offer some additional advice. Ann? Phil? Folks at Compensation Cafe?

6 thoughts on “Getting Punished for Trying to do Good: The Lesson in the Quik Trip Fine”