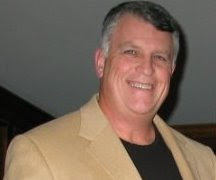 As I was watching the reflection of my hair being cut the other day I thought out loud “Holy crap, look at all that gray hair.” The woman cutting my hair consoled me with “At least that is better than loose.” Not the greatest of consolation, but it got me to thinking. As many of you know, I had my birthday on July 7th, my 58th such day. Not a hallmark age by any means. But I guess it is better than not getting there.

Age is important to us, especially it seems in the US. And AGEISM exists everywhere. According to the WiseGeek, ageism is a term coined in 1969 by Robert Butler. Most of us think of it in terms of discrimination against older people, especially in the workplace. As The WiseGeek says “Many people use this term specifically to refer to discrimination against older people, but ageism can strike people of all ages.” Teens can feel shut out of the workplace with “adultism”, a preference for older workers, and older workers feel shut out by “jeunism”, where workplaces prefer younger workers.

The legal protection in this country against discrimination based upon age is provided by the Equal Employment Opportunity Commission’s (EEOC) enforcement of Age Discrimination in Employment Act (ADEA)of 1967. The law states that it is illegal to discriminate against anyone over the age of 40 in all aspects of employment, unless age is a Bona Fide Occupational Qualification (BFOQ). There is no protection for workers under the age of 40. However, the fact that this law exists does not stop the discrimination from occuring, as you might have guessed. The EEOC reports that in 2008 it “…received 24,582 charges of age discrimination. EEOC resolved 21,415 age discrimination charges in FY 2008 and recovered $82.8 million in monetary benefits for charging parties and other aggrieved individuals (not including monetary benefits obtained through litigation).” This is almost 25% of the total number of discrimination claims of all types.

I witnessed an act of “ageism” personally the other day. I was not the target, but I was involved. I was at a local Starbucks (I name the company, but not the location, because hopefully someone in their HR department will read this and realize they have some further education to do. I am sure it is more widespread than this one spot) and I was ordering coffee and trying to pay with my coffee card. However, it needed more money put on it so I also gave the gentleman a credit card. I asked him to load money on my coffee card and to then pay for the drinks with my coffee card. Perhaps I was not clear, but he did not understand me. We went back and forth a couple of times and finally he had to ask for some help. Now the guy was probably about my age or within 5 years. But we were clearly not communicating. So a younger worker, who did pick up on what I wanted, helped him complete the transaction.
End of story? No, the next day I was sitting in the same store, with my under 30 adult daughter, and one of the baristas came over and apologized for “the confusion yesterday.” In that apology she said “What can you expect, he is old.” Now, being in HR and of similar age, I immediately bristled at this and gave her a mild rebuke. (I would have given her a lecture, but my daughter gave me a look that said “don’t go there.”)
All this leads to my musings on age. Age is important to us. It colors our perspective on everything. In the US we celebrate “youth” more than older age. Witness the statement “50 is the new 30”, or whatever variation you use. I was reading an article as I was waiting to get my haircut about how women over 40 can avoid behaving old. (Text with your thumbs not your index fingers and never wear a watch, among other advice.) Magazines are knocking actresses who are not wearing “age appropriate” clothing. We curse at old people who are driving the car in front of us and we avoid going to Kroger on Wednesday. None of us are immune. I swear at AARP everytime I get their offers to join. At least there are signs that some aging is being accepted. December/May romances between older women and younger men is more acceptable and “Cougars” are being celebrated.
The important thing, however, from an HR perspective is that discrimination in the workplace on the base of age (albeit older age) is illegal and it will cost the company money. Workers need to be trained to be more aware of what they say, how they say and what they do. You need to focus on JOB PERFORMANCE. In my Starbucks example, if the “older” worker was let go due to his actual poor performance, the “innocent” statements of “what can you expect he is old” may cost the company alot of money. So be aware and train your employees.

2 thoughts on “Ageism in the Workplace”