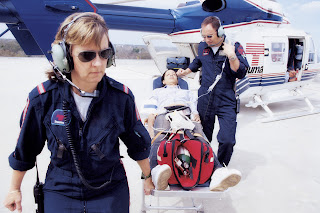 The title of this piece is long and the thought for it comes from my radio listening. In the U.S. we are lucky to have a system of law, and for the most part a social acceptance, that allows women to do most any work they wish to do. Certainly there are some sticking points and we always are aware of this issue of compensation. (See my blog post from May 7th on Women’s Issues) But I heard a radio show that made me think that most U.S. women should be glad they don’t live in Russia. From the radio show PRI’s The World reporter Jessica Golloher did a report on Jobs Women Can’t Do in Russia. She reports “… the code lists 460 jobs off limits to women. Jobs like chimney sweep, fire fighter, blacksmith, steel worker, and metro train operator.” Such a list in the U.S. would cause a major outrage and has in the past caused many a lawsuit followed by legislative action. However, in Russia the courts are not helpful. “One Russian woman recently tried to challenge the list. She filed a discrimination claim after being denied a job as a metro train operator. But this month Russian’s Supreme Court ruled against her.”
And imagine the outrage over this quote from Evgenny Nasonov who is with the Kremlin-aligned Young Russian Foundation which promotes Russian family values. “I think there are several jobs and professions that women shouldn’t do for instance defend their country. Men should protect the homeland not women. Women should stay at home and take care of the children and the family.” (This totally ignores the role women served in WWII in defending Russia, but who remembers that.) And then this quote from a young Russian woman “Russian women often want to appear weak. They like that men think that they are weak. Russian women don’t think about discrimination.”
A second radio show talked about the current election in Iran and how some of the candidates are seeking more freedom for women. Women there just hope that at some point they can show their faces and hold jobs they have been trained for. One young woman hope that after the election she might get the engineering job she was hoping for.
All I can say is I am glad my wife and daughter have had, and will continue to have, the opportunity to pursue their career choices in the U.S.
Off the subject of women’s issues, Clark Howard, of consumer advocacy fame, stated on his radio news report that a study just out shows that the unemployment figure of 9.4% does not truly reflect unemployment in the U.S. The study says that if you take into account the people who have quit looking and no longer report then the percentage of unemployed jumps to 16%. Times are tougher than they appear. A recovery will not come soon enough.
BTW, a side note. Setting off the company burgler alarm is a lousy way to start the day.