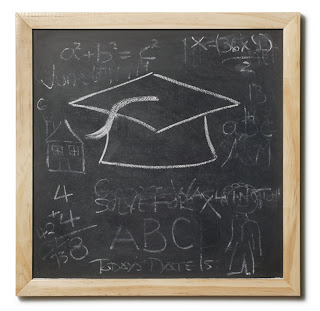 To stay employed today you not only have to have a current skill set you also have to be aquiring a new one. An article in the WSJ Online entitled Many Companies Hire as They Fire had the subtitle As Employers Adapt to Changing Terrain, Different Skill Sets Are Required. The article talked about the fact that many companies are not doing across the board cutbacks. They are selectively terminating employees who have a skill set that no longer serves the competitive purposes of the company. Yet at the same time they are letting those people go they are hiring people who have a skill set that moves the company in the direction the corporate strategy requires. An example from the story was “National Public Radio has cut more than 70 jobs and two programs since December, but is hiring for its Web site, including bloggers and online news editors.” Another example was “Boeing, for instance, plans to cut roughly 10,000 jobs in 2009, including 4,500 from the commercial-airplanes unit. Those affected include thousands of contingent, administrative and support staff, as well as hundreds of hourly manufacturing workers……At the same time, Boeing has more than 1,500 current and anticipated job openings — in various stages of recruitment — most for mechanical, electrical, software and other engineers.”
According to the article “Some experts say the churn also shows changes in workplace policies. In past decades, many employers retrained and relocated underused workers, says Peter Cappelli, director of the Center for Human Resources at the University of Pennsylvania’s Wharton School. “Now they’ve discovered that you can restructure even faster by laying off and hiring.” In a fast paced, “survival to the swift” type of global economy companies no longer have the luxury of retraining as much as they might like. They have to hire for the immediate skill set. This puts the burden of keeping ahead of the curve on the individual. You need to be a lifelong learner. You need to constantly be working at upgrading your skills, both soft and hard skills. Companies can, and should facilitate this, by offering educational opportunities to employees to enhance current skill sets and to acquire new ones. But when “push comes to shove” (click here to see what this idiom means) the individual has to take responsibility for increasing his or her own skills.
If you are in HR today and are not up on the uses of social media in the fields of recruitment, employee communication, employee relations and union organization you are behind the curve. If you are in benefits and you are not aware of discussions and movements in healthcare cost containment then you will be reactive and not proactive. If you are in global HR and are not aware of, and on top of, geopolitical changes then you are behind the curve. If you are in employee relations and you are not up-to-date with socio-economic and cultural changes then you may not be around much longer.
Learning, growing, changing and adapting is your key to success and continued employment throughout your career. As the old saying goes “If you are not part of the solution then you are part of the problem.” This is as valid and important at 60 years of age as it at 30 years of age.