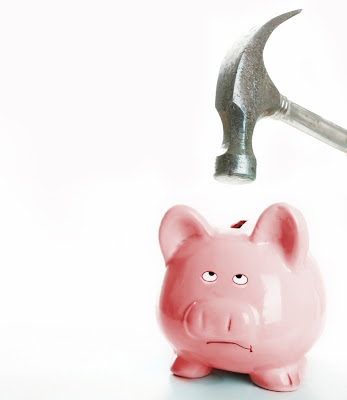 In the Sunday issue of the Atlanta Journal Constitution in the Pro/Con column there was a discussion on unionizing the banking industry. The question was whether or not unionized workers will help improve and reform the banking industry. On the PRO side, Stephen Lerner, Special Assistant to the President, Service Employees International Union (SEIU) claimed “Workers at big banks like Bank of America can play a central role in reforming an industry that puts profits over people and drove our economy into the ground.” He went on further to state that to do that “…they need a voice on the job to sound the alarm and repair our economy. These are exactly the kind of workers who benefit from a union, and it is an excellent example of how having a voice on the job can significantly improve the services workers provide…” He finished his argument by saying “By allowing bank workers to form unions, they can unite to create an industry that puts consumers, workers, and our economy ahead of profits.” (News flash to Mr. Lerner, profit is important for continued operation. Even a union will go out of business if does not make money in the form of dues.)

Speaking for the CON side was Peter R. Spanos, Labor & Employment Partner, Burr & Forman. He points out that “Fewer than 2 percent of all bank employees nationwide are represented by unions, with most in only about a dozen banks. The SEIU has plans to picket some banks, but their employees are not reaching out for help.” He further states “Compensation and benefits run 7-8.5 percent higher at unionized banks, a serious drawback now. Union work rules and grievances could add more operational costs.”

There is no doubt that some banks have had trouble. Three banks were closed just this past Friday. However, this is not because of how they treat their workers. It was poor decision making and bad lending practices. Having unionized tellers is not going to change that. In most cases people do not unionize to reform the companies for which they work. They unionize to improve their wages, benefits, working conditions and personal safety. In some cases, such as with nursing, reducing hours may have the effect of improving patient care. However, most banks do not have 24/7 working hours (in fact I don’t know any that do).

It is a well documented fact that unionization increases the costs to the company or organization. It is not just the wages and benefits costs, but it is in the restricted operating environment that gets introduced. And we all know that increased costs result in increase prices. With banks that is increased fees on services. Do you really want to pay more for your ATM? Or have a service charge for talking to a teller? I think unionization will result in higher automation and fewer people. But the SEIU has targeted bank tellers, hoping, I am sure, for a passage of EFCA to make union organization easier.

So you can expect at some point to see picket signs in front of your local bank. And the next time you talk to your teller check for the union label.