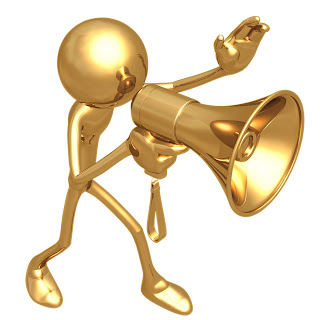 One of the rights given to us as Americans is the Freedom of Speech, as guaranteed by the First Amendment. People think this protects them in anything they say. However, this is not quite the way it works, as is being pointed out in a lawsuit being litigated in New Jersey. In an article in the Wall Street Journal, online version, entitled Employers Watching Workers Online Spurs Privacy Debate reporter Dionne Searcy talks about a case in which two workers maligned the restaurant for which they work. They did so on a MySpace page. They had an invitation only discussion, which required a password, where the nature of the discussion made fun of the restaurant, the managers and the patrons. Another coworker revealed the site to the managers. This escalated to upper management and the two workers ended up being fired. In their lawsuit they claimed an invasion of privacy.
A similar case in NY led to the suspension of police officers for making lewd remarks about the town mayor in a Facebook posting. Thay have also appealed on privacy grounds.
However, according to Searcy’s article “The legal landscape is murky. For the most part, employers don’t need a reason to fire nonunion workers.” All us good HR types know this is the common law doctrine of Employment at Will. (Click the link for the Wikipedia definition) The issue that is being argued is does a company have the right to read things not originally intended for them and then act on this?
Some argue they do not. From this side proponents will say that this is the same as wiretapping a conversation. However, the law does not cover things posted on the Internet. In fact, as the article says “But the courts might not view online musings as private communication. ‘You can’t post something on the Internet and claim breach of privacy when someone sees it,’ said Lewis Maltby, president of the National Workrights Institute in Princeton, N.J.” Proponents from the employers perspective say that companies have a right to protect their business from libel and certainly have the right to fire workers who are disparaging the company for which they work.
More and more companies are developing policies covering blogs and other Internet media (Facebook, MySpace, Twitter, etc.) to let employees know that they may suffer discipline or termination if they disparage the company. Many employees have the mistaken view that they have a right to free speech, as I stated above. What many people don’t realize is that only covers what you say about the government. There is no guarantee of Right of Free Speech in the workplace. And generally (depending on state or local law) there is no right to privacy either.
It will be interesting to watch this case in NJ. Did the employer have the right to fire these employees for what they said? In my opinion, yes. Were they correct in looking at a MySpace page? Not so sure on that one. Afterall, they were showed it by another employee who had been invited. They did not go snooping and stealing passwords or hacking the site. So we will have to see. Just remember, it is all about image management.
What policies do you have in place as an employer? And as an employer, suffer any reprecussions for things you have written in a blog? Is this why some of you are anonomous?

1 thought on “Freedom of Speech and Privacy: Don't Make This Mistake”