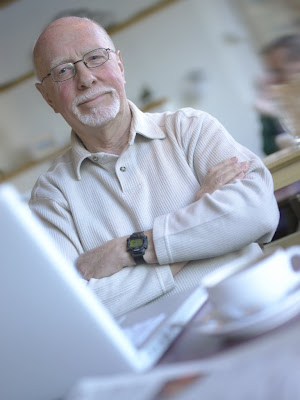 I heard a report on the radio the other day that many people who work from home as telecommuters are giving up the opportunity to do so in order to protect their jobs. The people interviewed thought that without the office “visability” they would be considered expendable. One quote was that “Having the jacket on the back of the chair 14 hours a day was the best way to show that you were irreplaceable.” A article from over a year ago, in the Wall Street Journal reported similar feelings. In Some Companies Rethink The Telecommuting Trend writer Sue Shellenbarger reports that many companies, considered leaders in the use of telecommuters, are calling those telecommuters back to the office. In many cases cutting telecommuting to one day per week. And this was before the recession hit.
In both cases, the employee’s and the employer’s, I think cutting back on telecommuting is a mistake. Study after study has found that telecommuters are more productive than if they had stayed in the office. Here is a good report, put together by a student at Kennesaw State University, that covers the upsides and downsides of telecommuting. Telecommuting: Does It Work? Many workers are concerned about visability. Well your best visability is your effective and productive work. Shellenbarger, from the WSJ article referenced above, offers these tips:

There have been studies that there are some problems with telecommuting. The suprising issue is not with the telecommuters, rather it is with those left in the office. New study says telecommuting can hurt office morale writer Richard A. D’Errico reports that a study “…found that the greater the number of telecommuters at an organization, the less satisfied the office workers were with their jobs.”

So the HR challenge is making sure that the entire process gets managed appropriately. The study suggests that “…managers work to ensure that there’s more face-to-face contact among telecommuters and office workers, and provide office workers with more autonomy to do their jobs. “

What have been your experiences?

4 thoughts on “Telecommuting: Diminishing Due to Job Cuts?”