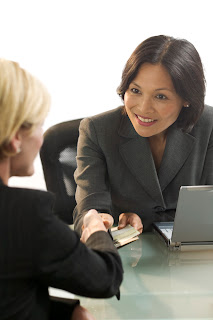 The title of this post is a quote from an article entitled “Japan turns to ‘work-sharing’ to avoid layoffs” which appeared in the Herald Tribune, online. The article describes how Japanese companies are having employees share jobs and thus avoid getting laid off. Job sharing is popular in Europe, especially in countries that provide unemployment benefits to make up for the short-fall. Japan’s culture, as well as practical and legal reasons, increase the likelihood of the success of the program. An economics professor at McGill University, in Canada, said the practice is unlikely to work in the US “where companies prefer to “concentrate the misery in a few people,” and simply reduce workers.”
I know some companies in the U.S. do job sharing. But the practice is not widespread. There are a number of things that would hinder the practice in the U.S., such as COBRA, lack of unemployment benefits, unions and attitudes. However, given the success of it in other countries I wonder why this was not “required” of companies in the new “stimulus” bill.
What do you think? Would it work? Is anyone doing it? Do you think it will come?

4 thoughts on “Job Sharing: "Unlikely To Be Popular in the U.S."”