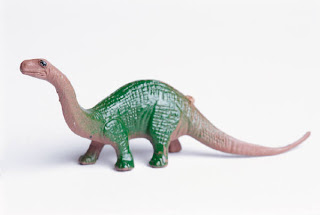 A SHRM alert I received today had this quote in it: “Camille Olson, an attorney at Seyfarth Shaw in Chicago, said that some HR executives have wanted to revisit their companies’ entire pay systems as a result of the new law. Here’s why: An annual pay increase based on merit has a life under the new law until the employee no longer receives a paycheck, she explained.” The article went on to discuss alternative methods of paying people as a way to people because of the passage of the Ledbetter Fair Pay Act. Included in these was ” Employers might instead adopt policies awarding pay based on objective factors such as job title and years of service, she noted. Employers would pay employees a certain amount, and everyone would get the same percentage increase. “ This will certainly eliminate individual merit increases.
An alternative suggestion was “A lot of HR executives are asking me if they should move from performance-related increases to lump-sum payments” so that pay won’t have a continuing effect, she remarked. The merit portion of this compensation scheme would result in bonus payments but not increases in base salaries.” This suggestion certainly keeps merit in the pay system, but will require a large attitude change in how compensation is seen, by both employers and employees. Who knows it may open the door to putting everyone on a system of having a significant percentage of compensation “at-risk.”
Either way, it appears that merit increases of base wages will be going the way of the dinosaur. What do you think?

1 thought on “Merit Pay Going the Way of the Dinosaur: Fallout From Ledbetter”