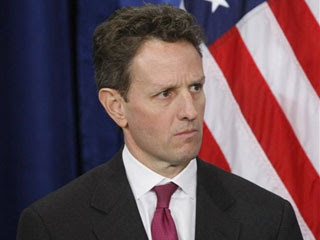 How many of you have paid attention to the lessons for HR in the Timothy Geithner confirmation hearings? Oops, I can hear you now “Who the heck is Timothy Geithner?” (A gold star to any who knows before they read the next sentence.) Timothy Geithner is Barak Obama’s nominee to head the Treasury Department for the Obama administration. He has made headlines because he has made what his supporters call “honest mistakes.” These “honest mistakes” are causing him and others some heartburn and everyone in HR should take a note because these are mistakes that would cause you some heartburn too.
What were his mistakes? He failed to pay self-employment taxes for period of time in which he was an independent contractor. Taxes to the tune of $34,000 plus. This HR lesson is to make sure you and anyone you have as a contractor understand the importance of properly paying taxes. If someone doesn’t and they get hit with a big tax bill they may try to foist that reponsibility off on you the employer. If they can show that they were improperly classified as an IC then guess who gets to pay the bill, plus penalities? Here is a link to the IRS Independent Contractor Rules.
The second “honest mistake” he made was allowing an immigrant to work for him as a housekeeper without having the proper, up-to-date work permits. Geithner never completed and I-9, just wrote the document numbers down in a calendar and did not pay attention to the expiration dates. His housekeeper worked beyond the expiration date of her visa. So the lesson in this is to make sure you are aware of all the expiration dates of the visas of people you have working for you on a visa. It is simple to do, just put it in a calendar or a spreadsheet, if you don’t have a HRIS that will track it.
Just wanted to show you that there are day-t0-day HR lessons for you in the news. Kris Dunn of The HR Capitalist often pulls his from the sports world. So read, pay attention, and go beyond just the words on the paper/screen.
BTW, here is a link to an article on Geithner if you are interested in reading more.
Now fess up! Who really knew who he was?
The photo credit is the Associated Press.