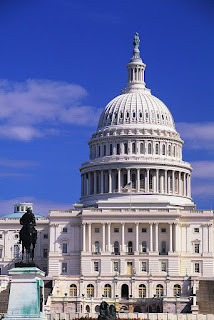 Fundamentally changes statute of limitations—By making the time clock start over upon the issuance of each successive paycheck or retirement benefit, the Ledbetter bill would allow individuals to bring discrimination claims years or even decades after an alleged act of discrimination occurred. Employers would be liable for previous management decisions for which there may be no available witnesses or records.

Expands plaintiff field—The Ledbetter bill would allow not just an employee who was discriminated against, but other individuals who were “affected” by an act of pay discrimination to file claims. The legislation may allow family members, including spouses and children, and potentially others to become plaintiffs in suits over an employee’s pay—even after the employee was deceased.

SHRM opposes the following provisions of the Paycheck Fairness Act:

Ø Promotes class action lawsuits against employers—The Paycheck Fairness Act would require employees to “opt-out” of a gender discrimination class action, rather than the current law requirement that employees must give their written consent to join a class action. By automatically including all employees as part of a class, the bill would dramatically increase the number of plaintiffs in class actions.

Ø Exposes employers to unlimited damages—The Paycheck bill would create unlimited punitive damage awards for which employers would be liable, in addition to current liability for back pay. The potential for such penalties would likely compel employers to settle more wage discrimination claims, even in cases where no discrimination occurred.

Ø Restricts legitimate pay practices—The Paycheck bill would make it significantly more difficult for an HR professional to use legitimate factors, such as education, training, or experience, as a component of an organization’s pay system. Moreover, the legislation may altogether prohibit an employer’s use of local market rates and prior salary history in setting compensation.

So I hope this informs you as well. Inform your senators if you are so inclined. That is what SHRM is calling for in their letter campaign. I happen to know my two senators will be opposed, but yours may not. And if you don’t know if yours will be then shame on you. And if you do not know who your senators are then hand in your voter registration card you don’t deserve it. Also, don’t call yourself an HR PRO, a PRO would know.