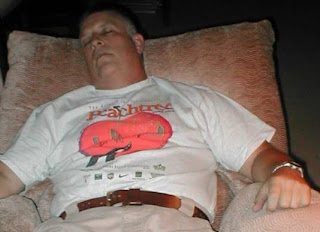 Interia is defined as “…the tendency of a body at rest to remain at rest.” To overcome intertia the body or object needs to be acted on by some outside force. (Your physics lesson for the day.) I went on vacation a couple of weeks ago and did no posting while gone. When I returned I tried to post again, but overcoming the inertia of being inert was difficult. So you have not seen much from me lately. (No one has been clamoring for my return, so maybe there is a message in that, hmmm…) Anyway, I was acted on by an outside force and it is getting me to post again. The outside force was the HR Bartender, aka, Sharlyn Lauby, who TAGGED ME. According to her blog the rules for tagging are the following:

Cathy Martin of Find Your Metrics That Matter

Kris Dunn of The HR Capitalist

So there you go. I am off the couch and posting again. Stay tuned.