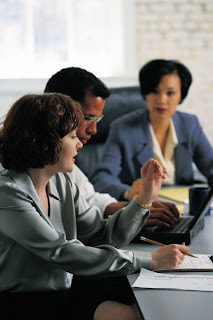 This past year women have made major strides moving into positions of power in business, politics and the military. The Army has its first female four-star general, we had several female presidential candidates, we are getting another female Secretary of State and women show up in many power positions in the entertainment business both on the screen and off. And for the first time we have women from three different generations all in the workplace at the same time.
Things couldn’t be better for women. Or could they? According to an article in the online version of Marie Claire it turns out that many younger women hate working for older women. In an article, entitled The Pink Ceiling, author Meredith Bryan discusses the difficulties many younger women have working for older women bosses. These include:

Many of the younger women interviewed preferred to work for male bosses.

Bryan does hold out hope that this will get better as time goes by and more women make it into the upper company ranks. She states that currently records show that only 15% of executive postions are held by women.

I have often seen that women managers can be tougher in general than many male managers and I have seen them less tolerant of womens issues, sort of the “I have done it and made it” line of thought. But I think some of the things Bryan talks about are also generational issues as much as they are female boss issues. And like the one commenter to the article said, I don’t think the glass ceiling or sexism has gone away entirely in the workplace, but it has reduced and many younger women have not had to deal with the issue yet. Hopefully many won’t have to.

Human Resources is certainly a good test case for younger women dealing with older women bosses since the vast majority of the profession is female. So how about some comments from some of you and tell us about your experiences, either as a younger woman working for an older female boss, or as the boss dealing with younger women subordinates?

BTW, I want to thank a reader and student who pointed me to this article. I don’t normally read Marie Claire , unless I have to sit while waiting for a haircut or doctor’s appointment. Unfortunately I missed this one. And yes I do read womens magazines, as should all men occassionally, it is a good way to stay up on what might be important to the women in our lives.

4 thoughts on “Women Bosses: Still A Way To Go”