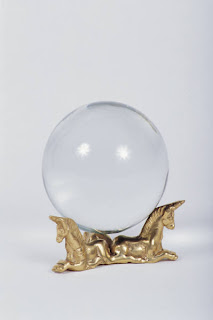 Ok, I told you I was going to take a stab at being a futurist. Well here goes.

First some background information. Unless you have been in a hole somewhere you are aware that there is a Presidential election going on in the US. In addition to President, voters will also be selecting members of the Senate and the House of Representatives. Although the Presidential selection is not yet clear it is relatively certain that Democrats will gain majority control of the Senate and will maintain, and probably increase, their hold on the majority of the House. Right now it is projected that Democrats will gain 8 seats in the Senate to give them 65 seats. This is just 2 shy of the 67 needed to override Presidential vetos. The House will gain 12 seats making it 260 Democrats and 175 Republicans. If all members are present to vote 291 votes are needed for a veto.

Why is this information important? Because my prognostications will deal with potential legislation. Whether it gets passed or not will depend on which candidate becomes President and whether “The Veto” becomes a factor.

Here we go. With two houses controlled by Democrats we can expect the following legislation to pass:

Regardless of the outcome of the Presidency battle, 2009 promises to be a very busy one for HR professionals. Unions will certainly be a much great “threat” and the compensation legislation will be a virtual nightmare for HR job analysts and compensation professionals.

We will check back later in the year to see how “Swami” Haberman has done.