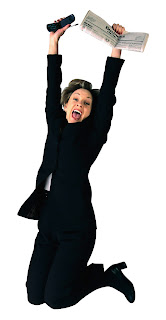 SHRM is recommending to its membership that we contact our Congressional representatives, both houses, and tell them to VOTE NO. I will add to that “HELL NO”. The misnamed piece of legislation is a nightmare. Here are the provisions of it. Specifically, the bill would:

That last bullet point alone is enough to show how nuts this is! It means if you have locations in high paying cities and lower paying cities (because of the cost of living) you will have to pay everyone the HIGHER WAGE.

I am not for wage discrimination in any form, but falling back to the past rejected concept of comparable worth is not the way to go. Comparable worth pay systems require the government, rather than the private market, to determine employees’ wages. Congress explicitly rejected comparable worth during the original Equal Pay Act debate—when wage disparities between women and men were greater—because it would mandate the same pay for completely different jobs. Furthermore, courts have repeatedly declared that the Equal Pay Act does not require a comparable worth system.

Watch this one and shake in your HR boots as we move to a Democrat lead administration and Congress.

5 thoughts on “Paycheck Fairness Act: Everyone Gets Paid NYC Wages”